I was reminiscing the other day and came upon some pictures of my first team. A four dog team. Gradually my team has grown bigger, but I always thought 12 was the limit to safely run down my driveway...until this spring. I hate to leave dogs behind and in order to run all the puppies-yearlings and adults, I had to start running a slightly bigger team - first 14 and then 16. What is pretty awesome is that many of these dogs I hope to take to the Iditarod in a few years...Could a few of these yapping puppies end up leading me into Nome? I hope so and can't wait to find out! 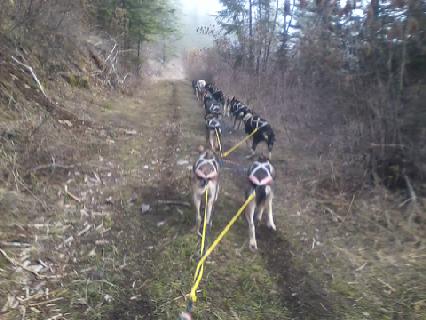 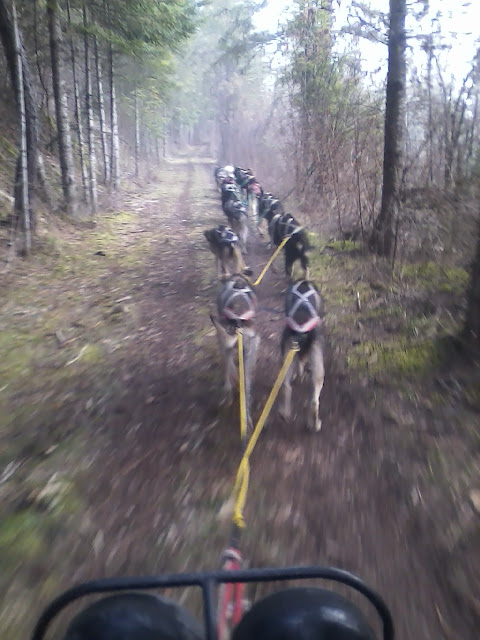 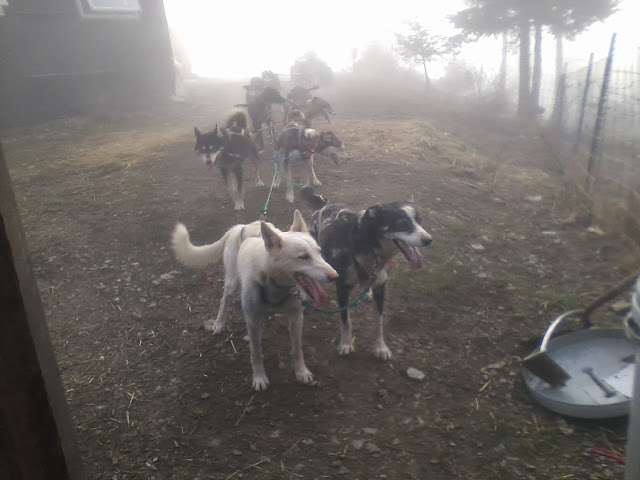 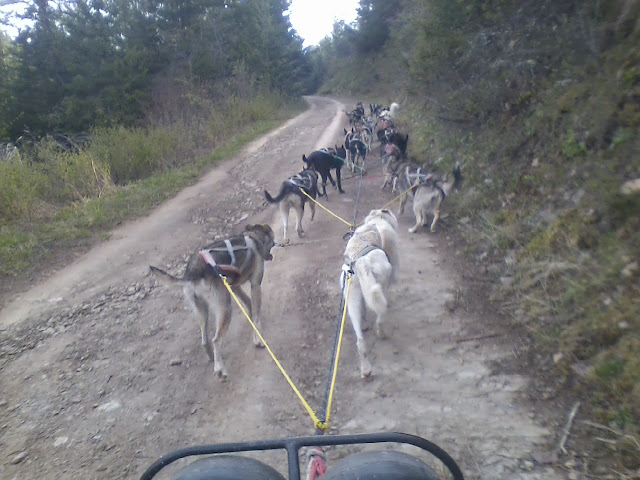 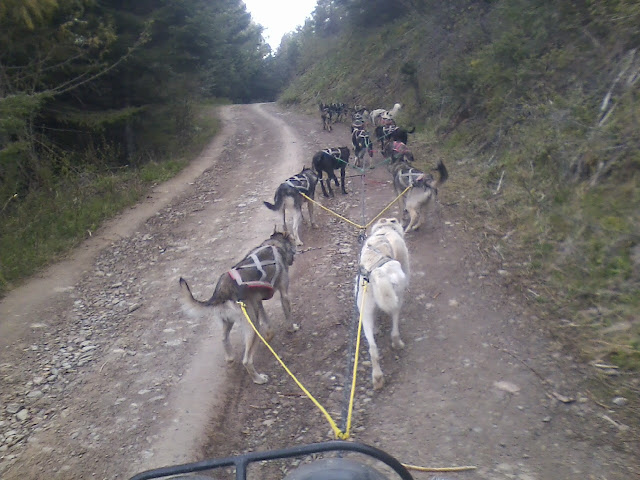 Looking over my previous posts, I realized I never introduced Razz, so here is a belated introduction! As summer gets underway, I'll be sure to introduce the little puppies, Mouse and the two new arrivals from Alaska...and we'll catch up with those puppies from last year, that aren't so little anymore! 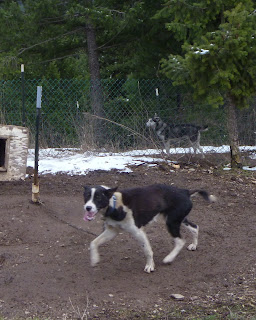 Razz was a gift from Scott Smith and is one of the yearlings I ran in Alaska. He completed the Two Rivers 200 in Alaska as a yearling. The smoothest moving dog in the kennel, he makes up for his size with an always tight tugline. He's a clown, always playing with a bowl or a bone - whichever he can get! He's done a fair share of leading in training and I hope to see him mature into a steady lead dog someday. 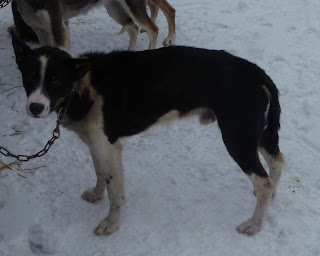 Iditarod Qualifer #2: Race to the Sky

Right after the Eagle Cap I was offered a chance to add to my nine-dog team from both Laura Dangereau and Billy Snodgrass. At first I was going to say no to both, preferring to work with my own dogs, although I was honored that both these experienced mushers would trust me to run their dogs through a 350 mile race.
However, as I thought about it and ran the idea by Scott, I decided that it would be wiser to have two or three extra dogs. Even if they didn't work out, they would help for the first bit of the race and because the first 50 mile leg of the race is not continuous, there was a lot less pressure about dropping a dog.
Then came the hard part: deciding who's dogs to accept. In the end I decided to accept the dogs from Billy because our training was extremely similar - down to the length of the last few runs! It was an encouragement to me as well, because if someone so experienced was training the same then I must be on the right track!
Going to Alaska really boosted my confidence, but since few teams down here "train slow", it can be hard to stay focused.
Between Eagle Cap and Race to the Sky my team peaked - they moved smoothly and punched out a seventy mile run like it was nothing...really picking up the pace.

The Race to the Sky is handler assisted, which means that you can have a handler or two to help you in the checkpoints. I don't think my mom or I realized how big a job it was for one person - I believe she got less sleep than I did.
This year the race started in Helena, with the first 50 mile leg starting at Camp Rimini and going to Elk Park (outside of Butte). The vet check was in downtown Helena and there I met Soggy Bottom, a huge black dog, and Lander, a nice sized cream female, who would race with me.
Afterwards, there was a mushers meeting and spaghetti dinner before we went to our host family's home. I can't thank the Njos' enough for opening their home to us - it was good to get to know them and have a home for the weekend!
Snow is, apparently, always a problem in Helena and this year was no exception. The parking lot was icy and the first mile was so bare (gravel in many spots) that the race marshal required handlers to ride on the sled for the first mile. And we were first out...

I think it confused the dogs, having someone else on the sled, but perhaps Legolas remembered all the miles my mom used to run with me in years past. We survived the mile. I'm so thankful for my amazing leaders - at one point there was a switchback down to the road and a dead deer right on the trail which tempted the dogs to turn off the trail. Of course there would have been no stopping them if they went, but Mambo and Legolas heard my panicked "gee, gee!" and kept moving in the right direction. For a glimpse of the trail, there is a video on youtube -

We started a pretty good climb into snow and for some time the trail was wide and well groomed - much like our home trails. But then we got onto some more alaskan-style trails - narrow, tree-lined and punchy. I hit a tree at least once and my wheel dog ran headfirst into one, but no injuries. Then, at the end, there was a steep, steep climb of the same narrow width and soft (warm!) snow. I just remember thinking that next year it was going to be fun coming down because on even years the race starts in Butte.
I stopped and snacked the dogs when we were back on wide road and then got to enjoy the scenery for a few miles. The view was very pretty and I actually wasn't paying attention and drove right off the side of the road and dumped my sled...I'm sure my dogs were laughing to themselves, while Soggy and Lander probably wondered who the crazy girl on the sled was. Fortunately no one caught us while I was getting the sled back up.
We saw a herd of elk on a sparsely snowed/icy section of downhill, but the rest of the run was pretty uneventful. I, however, was feeling pretty sick and the dogs picked up on it and weren't at their best when we finished - with a much slower time than I'd hoped. Still, I was glad the new dogs looked good and seemed happy and comfortable with my team.